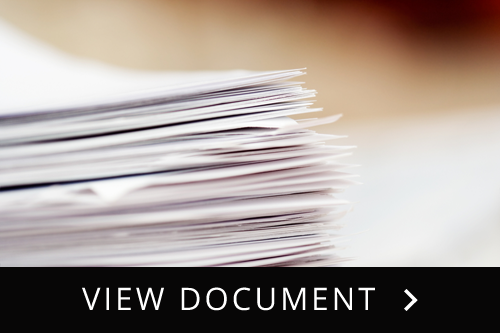 Nok-Noi Ricker | BDN
Orono resident and Penobscot Indian Nation member Maria Girouard speaks to the Orono Community Development Committee about withdrawing from a lawsuit the Penobscot have against the state over tribal waters. “I have a sense you don’t really understand the severity of the decision,” she told council members. “I’ve spent the good part of a year or so [educating people] and nobody has any idea that the state government is in this fight with the Penobscot Nation.” At the end of the meeting, the committee voted to recommend to the full council that they withdraw from the lawsuit. Buy Photo

ORONO, Maine — Local resident John Banks, who is also a member of the Penobscot Indian Nation, told the town’s Community Development Committee on Monday that his tribe has been promised fishing privileges over and over by different governments, including the Colonial government of Massachusetts before Maine was even a state.

He said in 1775, Massachusetts leaders “asked my tribe to join the calling” during the American Revolution and that “our tribal chief at that time was named Orono.” In exchange for fighting the British the Penobscots were promised “our lands and our fishing privileges within our waters would be protected in perpetuation,” Banks said.

“It’s really hard for me, in 2015, to be fighting the same battle,” he said. “This is all about our fishing rights, which are located above the town of Orono.”

The Penobscot Nation in 2012 sued the state in federal court over the state’s interpretation of whether the tribe’s jurisdictional authority applies to parts of the river that abut tribal islands in the river. Orono is one of 18 municipalities and other entities with discharge permits into the river who have an interest in its water quality standards and are listed as intervenors in the suit.

Many of the 35 people at Monday’s meeting applauded their decision.

After reviewing all the materials, Councilor Mark Haggerty said: “The conclusion I came to is that we should not be interveners. I’m going to hope things work out and we’re not going to see additional cost with our [future] waste water discharges.”

The 1980 Maine Indian Claims Settlement Act provided the Penobscots with subsistence hunting and fishing rights for all sections of the Penobscot River from the Milford Dam to Millinocket. The tribe’s lawsuit against the state was filed in 2012 after then-Attorney General William Schneider issued an opinion that the Penobscots’ territory was limited to islands in the river and does not extend to the river itself.

While the Penobscot Nation lawsuit works it’s way through the system, on Feb. 2 the federal Environmental Protection Agency issued a decision, which some have described as “unprecedented,” that reaffirmed the state’s authority to establish water quality standards for “waters in Indian lands” and also required that Maine must adopt tighter water standards along the Penobscot River to better protect the sustenance fishing rights of the Penobscot Nation.

The state has 90 days from Feb. 2 decision to address the EPA’s position on increasing standards to protect human health along the Penobscot River, stretching about 70 miles from the Milford Dam up to Millinocket. If the state does not respond within that time, EPA officials said the federal agency “will propose and promulgate appropriate human health criteria for waters in Indian lands in Maine.”

An earlier version of this story said Banks was part of the group that asked the town to withdraw from the lawsuit. Banks made no such statement.

AUGUSTA, Maine – In a decision that is being welcomed as “historic” by Maine Indian tribes, the U.S. Environmental Protection Agency has asked the state of Maine to revise some water quality standards for tribal waters.

The decision comes during ongoing litigation brought by the state against the EPA. Maine’s chief of environmental protection says it could have far-reaching consequences for discharge license holders.

In a communique to Maine Department of Environmental Protection Commissioner Patty Aho this week, EPA Regional Administrator Curt Spalding delivered the news:  that federal regulators disapprove of some state water quality standards established by Maine more than a decade ago.

Aho says she was stunned by the announcement that the standards could not be used on tribal waters because they’re not protective enough of human health, and of the tribes’ sustenance fishing practices.

“It is, in some cases, work that we thought had been approved and had been in place for many, many years,” Aho says. “So it is just simply, as I stated, breathtaking in the scope and the sweep.”

Breathtaking in its scope, Aho says, because of its wide implications for sewer districts, paper companies and other discharge licensees.  She says the EPA has not defined what it means by waters in Indian territory.  Nor, she says, has the agency indicated how it wants the state to revise the standards and on what scientific  basis.

“It’s asking us to redo something, but not telling us to what standards,” she says. “They’re not telling us which waters in the state, or what parts of those waters, we are to redo these standards.”

“We’re talking only about the waters within tribal reservations and trust lands,” says Ken Moraff. “We’re not talking about the waters upstream or downstream, although there could possibly be an effect on upstream dischargers.”

Moraff is the director of the Office of Ecosystem Protection for EPA. He says existing permit holders will not be affected by the decision. But when new water quality standards are adopted in the future, any new or re-issued permits would have to meet the new standards, which have yet to be established.

Moraff says the decision is significant from the EPA’s point of view, too. That’s because this is the first time the EPA has determined that state standards are inadequate for uses in tribal waters, including sustenance fishing.

“For the first time ever, what the EPA has said is that tribal subsistence and sustenance-based rights are a determinant factor under the Clean Water Act,” Francis says. “So you have to acknowledge those differences while setting your standards within Indian territory. You have to respect those practices. You have to respect the human health issues and the cultural identity of the tribes within those areas where the standards are being set.”

But Matt Manahan, an attorney representing discharge license holders along the Penobscot River, says what the EPA is also doing is setting up a two-tiered system for the tribe.

“What this is saying is, notwithstanding the fact that the Settlement Act treats them just like any other citizens of the state, we’re going to carve them out and say because they would like to have standards that are more stringent than the standards that apply to everyone else in the state, even though the science doesn’t support that, we’re going to basically carve that out and give them special treatment for purposes of water quality standards,” Manahan says.

The EPA has given the state 90 days to establish new standards for tribal waters. Commissioner Aho says she’s working with the Attorney General’s Office to determine a response.

a project of the
Alliance for Democracy

Water in the News